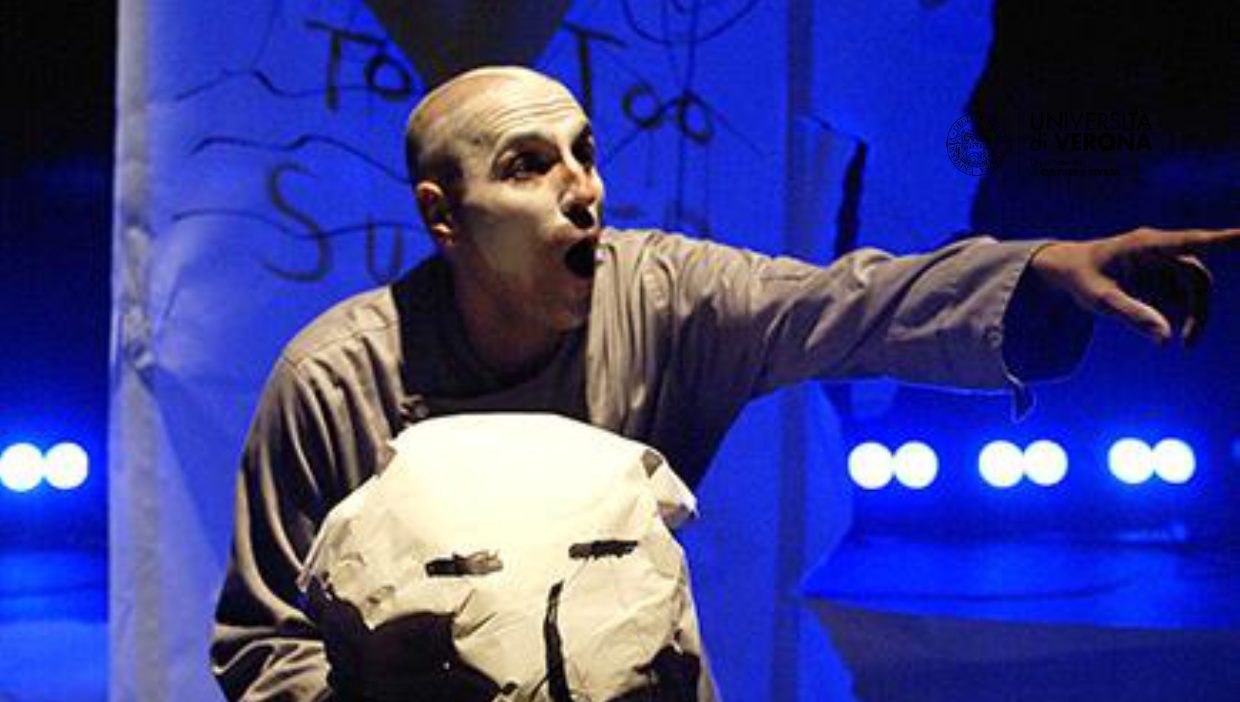 A variety of methods might be used to adapt a Shakespearean text for the stage.  This talk examines a fusion of two – one inspired by Leopold Jessner’s Motivtheater approach, which cuts and adapts in order to narrow the interpretive possibilities of a Shakespearean play; and the other by a Scenographic approach, where the adaptation is developed in relation to scenography, and created in rehearsal through a process of iteration, exploration, and discovery.

The scenographic approach understands that the adapted text (the cut) is created for a specific scenographic design.  It privileges the space/time construct of the stage, and understands that the cut is developed to unleash a series of unfolding kinetic images intimately connected to the action of the play.  Scenography prompts the cut, and the performance images that emerge from it.  In other words:  first theatre, first scenography, first performance; then text, then cut, then adaptation.  Text works hand in glove with visual storytelling, where text and visual meaning interpenetrate to create the moods, sensations, feelings, experiences, delights, pleasures, and meanings of the performance.

This talk looks at three specific moments from three different Lit Moon Theatre Company performances:  Hamlet (2001), Richard III (2017), and Julius Caesar (2018).  The presentation examines adapted moments from each performance, the scenography that inspired them, and the questions, sensations, and impulses that generated them.

John Blondell is Founding Artistic Director of the Lit Moon Theatre Company, Professor of Theatre Arts and Global Ambassador of the Performing Arts at Westmont College in Santa Barbara, CA; Director of the Lit Moon World Theater Festivals; and co-founder of the Bitola (Macedonia) Shakespeare Festival.  Since coming to Santa Barbara in 1983, Blondell has directed over 90 productions, and produced another 60 for Lit Moon’s various international festivals.  Directing credits include Alice in Wonderland, Through the Looking Glass, Pinocchio, Peer Gynt, The Master and Margarita, Henry V, Hamlet, Tartuffe, King Richard II, The Tempest, Julius Caesar, A Midsummer Night’s Dream, Frankenstein, The Clouds, Othello, Much Ado About Nothing, Our Town, The Wedding, Not I, Catastrophe, Henry VI, Part 3, The Tempest, The Pirates of Penzance, The Insect Comedy, The Cherry Orchard, The Old Maid and the Thief, La Serva Padrona, Antony and Cleopatra, The Insect Comedy, Dido and Aeneas, Dido Queen of Carthage, The Glass Menagerie, As You Like It, Richard III, Die Fledermaus, A Doll House, The Magic Flute, and many others.  Blondell’s Lit Moon productions have been seen in China, Macedonia, Albania, Montenegro, Bulgaria, Armenia, Georgia, the Czech Republic, Poland, Scotland, and Canada.  His international credits include productions for the Tampereen Teatteri in Tampere, Finland; the Bitola (North Macedonia) National Theatre (four occasions); the National Theatre of Tirana (Albania); and the Russian State Drama Theatre of Karaganda Named After Stanislavsky.  Blondell’s Bitola National Theatre production of Henry VI, Part 3 was featured at the 2012 Globe to Globe Festival, presented by Shakespeare’s Globe London.  His 2013 Westmont College production of The Pirates of Penzance received three national awards, including “Distinguished Production of a Musical,” and “Distinguished Director of a Musical,” from the Kennedy Center in Washington, D.C.  Blondell is the recipient of thirteen Independent Theatre Awards for excellence in Directing, the 2003 Faculty Research Award from Westmont College, and in 2009 was named a “Local Hero” by the Santa Barbara Independent for his “tireless devotion” to the international theatre community.  In 2014 Blondell was named “Teacher of the Year” in the Humanities Division at Westmont.  Blondell holds a PhD in Dramatic Art from the University of California, Santa Barbara, and lives in Santa Barbara, California.

Founded in 1991, Lit Moon Theatre Company is a Santa Barbara-bred and based collective of theatre artists.  The company is an independent, laboratory theatre company that integrates aesthetic experimentation with cross-cultural interaction and understanding.  Its mission is to offer theatrical experiences that broaden and deepen an understanding of world theatre and cultural traditions, and promote and inspire inter-cultural understanding through live theatre performance.  Lit Moon cultivates a physical, image-based performance vocabulary and has been hailed locally and internationally for its pioneering, unique theatre style.  Since 1992, Lit Moon has created 37 new theatrical projects, produced thirteen international theater festivals, received dozens of awards for its artists, developed numerous residencies with artists from seven European countries, and toured to Poland, Bulgaria, the Czech Republic, Scotland, Canada, Macedonia, Montenegro, Albania, Armenia, Georgia, and China.  Most recently in 2018, Lit Moon appeared at the Yerevan Shakespeare Festival (Julius Caesar and King Richard III) and the Marjanishvilli State Drama Theatre in Tbilisi, Georgia (Julius Caesar).  Upcoming productions include Cymbline and Uncle Vanya in 2021.

DUŠKA RADOSAVLJEVIĆ. An Immersive Research Methodology for Theatre and Performance