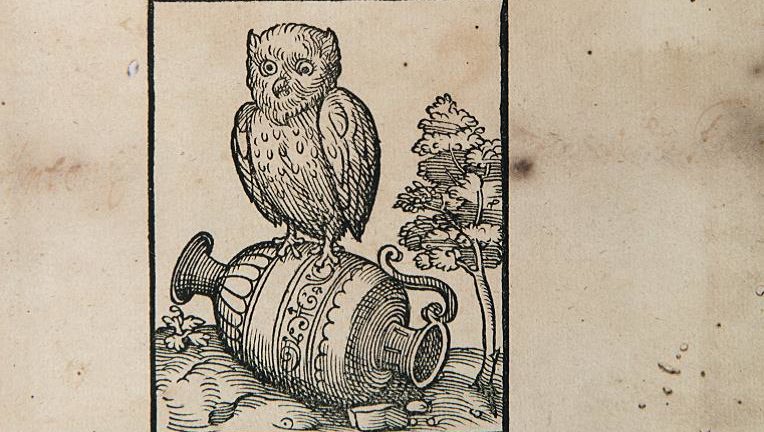 Micha Lazarus studied at Oxford, Berkeley, and the Hebrew University of Jerusalem, before coming to Trinity College, Cambridge, as a Research Fellow working on the reception of the classics in Renaissance England. His first book, Aristotle’s Poetics in Renaissance England, is forthcoming from OUP, and a second on Alexander Nowell’s Early Life and Books is forthcoming from the Bibliographical Society. He also has two edited collections forthcoming with Oxford under the umbrella of a project he co-founded, called Poetics before Modernity.

He has published extensively on Renaissance poetics, as well as on Greek learning and literacy in England, Philip Sidney, Roger Ascham, Reformation tragedy, school drama, and the literary history of centaurs. His work in book history won the Gordon Duff Prize from the Bodleian Library, and he has been awarded fellowships at the Harry Ransom Center, Dumbarton Oaks, the Renaissance Society of America, and the Folger Shakespeare Library.

Aristotle’s Poetics has long been thought embarrassingly absent from Renaissance England, despite its transformative impact on the Continent. In fact there is plenty of hard evidence, on the contrary, that this work was a real force in the period, which casts new light not only on the Poetics and its influence but also on the methods we use to trace the larger narratives of classical reception. In this paper I will present two approaches to a restored Poetics. The first traces its arrival in 1540s England through the Byzantine trivium, the Greek pronunciation controversy, scriptural tragedy, and academic readings of classical drama, locating the Poetics within a network of intellectual affiliations now mostly forgotten. Yet restoring the Poetics to critical prominence opens new paths for literary criticism as well as literary history. My second case study will suggest how we might read the Poetics into the fabric of literary composition itself, as close comparison of Hamlet and King Lear finds Shakespeare on the trail of Aristotle’s elusive notion of catharsis.

Making Italy Anglican. Why the Book of Common Prayer Was Translated into Italian