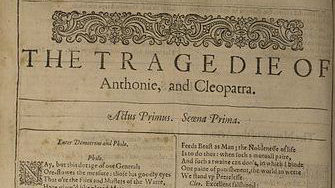 Abstract – Issues of Identity in Antony and Cleopatra

With regard to time and space as basic categories of modern identity, investigation will be made into the play’s tension between the two cities of Rome and Alexandria, both with their constitutive identity at stake: into Rome’s collapse of the republic in a political and generational crisis developed by an incompatible “stalling together” of the young “boy” Caesar with a mature, middle aged Antony; in Alexandria’s loss of the queen greatness with a consequent passage to the state of a colony . At an existential level, however, attention will be given to the intimation of immortality in a third transcendental city of love; without a name, yet reminiscent of the New Jerusalem in the Book of Revelation: the “new heaven, new earth” looming in Antony’s prophetic vision at the beginning of the play. To be found by Cleopatra, and in fact almost reached by her at the end of the play, by refashioning her own self into “fire and air” in the performance of her dying shaped by “immortal longings”.

Other forms of identity will also be tackled:

All the Sonnets of Shakespeare, Paul Edmondson and Sir Stanley Wells