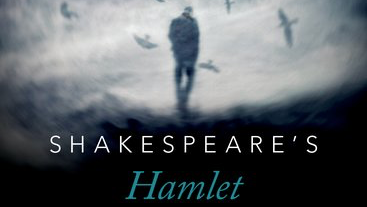 He is the author of the 2006 book Double Vision: Moral Philosophy and Shakespearean Drama and the 2007 book Ethics & the Beast: A Speciesist Argument for Animal Liberation, both published by Princeton university Press. His 2014 book Acts: Theater, Philosophy, and the Performing Self was published by the University of Michigan Press. In 2018, he published both the monograph Ascent: Philosophy and Paradise Lost and the edited collection Shakespeare’s Hamlet: Philosophical Reflections with Oxford University Press.

Friendship is a value that has been praised since antiquity. Cicero, Seneca and many others regarded friendship both as indicating a noble character, but also as ennobling: the exercise of the capacity to establish deep relations and commitments not due to blood-ties or political obligations. Yet, although contemporaries such as Montaigne were wholeheartedly endorsing the friendship tradition, the attitude of Shakespeare’s plays toward it is skeptical. Why? I will suggest that Shakespeare captured a tension built into the philosophy of friendship already in Aristotle and Plutarch: how friendship is at once other-regarding but also predicated upon some degree of self-love. The doubt expressed by Shakespeare’s plays is that once self-love is put under substantive pressure, friendship tends to give way. The point is not simply that selfishness is more powerful than friendship. It is, rather, that some forms of self-love block or displace love to others.