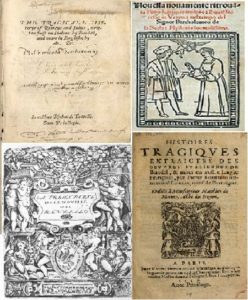 Although Shakespeare’s sources have long been identified and extensively studied, their early modern editions have not been thoroughly examined in relation to their European dissemination, translation, and adaptation. While we tend to take for granted the textual stability of the sources, compared to the radical instability of Shakespeare’s plays, a closer exploration of the actual editions that may have been available at the time shows relevant textual differences bearing upon their reception. What did Shakespeare and his contemporaries actually read? To what extent do cultural differences emerge from a comparison of these texts? This digital project aims at providing a flexible and freely accessible research tool allowing for a comparative study of Shakespeare’s Italian sources and their European mediations.